Well, it took two fete locals for us to feature a local distillery, which is about two more than I thought it would. Fortunately, we recently found our way to a tasting of the fabulous Green Hat Gin and a tour of the first craft distillery in DC since prohibition: New Columbia. Co-owners Michael Lowe and John Uselton graciously showed us around their distillery, explaining their craft and how they opened up shop. Oh and pouring a few small tastes of their outstanding gins, of course.

New Columbia currently distills a classic gin and two seasonal editions (a Spring/Summer and a Fall/Winter) — we’ve had all of them and they are all truly delicious on their own or in a cocktail. I particularly like the Spring/Summer edition, which features floral cherry blossoms (from a local florist) and rosemary sunbaked in John’s own backyard. How’s that for local? Plus, keep your eyes peeled for a rye whiskey on which they’re currently working.

In addition to crafting fantastic gins, New Columbia boasts spectacular graphic design (from local Design Army) and an awesome backstory to their gin’s name (it’s the moniker of the legendary bootlegger to Congress). AND you too can check out the New Columbia Distillery, which opens its doors for free tasting and tours every Saturday from 1 – 4 pm. Father’s Day is right around the corner and we can pretty much guarantee that dads would appreciate a tour and tasting far more than another bad tie (or good tie, for that matter). We intended to take both Mr. Fetes with us, but they were too busy being awesome dads. Don’t worry, we picked up a little something for them from the Distillery’s retail store. But if you can swing it, a tasting and tour followed by eats and drinks at nearby Union Market would be fabulous. Also, if you really want to get involved, get on the Distillery’s bottling party list — if you’re lucky, you might get picked to help label and bottle a batch.

If you are just looking for the gins, the Distillery retail store is open Monday – Friday, 9 am – 5 pm. They are also in an impressive number of retail stores, restaurants and bars throughout DC, Virginia, Maryland and Delaware (you can check out all the DC spots right here). Pick up a bottle of the Spring/Summer edition and get busy making one of the Distillers’ favorite cocktails: Michael likes a classic gin + tonic and John’s into a Summer Rickey variation (btw, we learned that the Gin Rickey is DC’s official cocktail and you can expect to see something from us on that soon!). 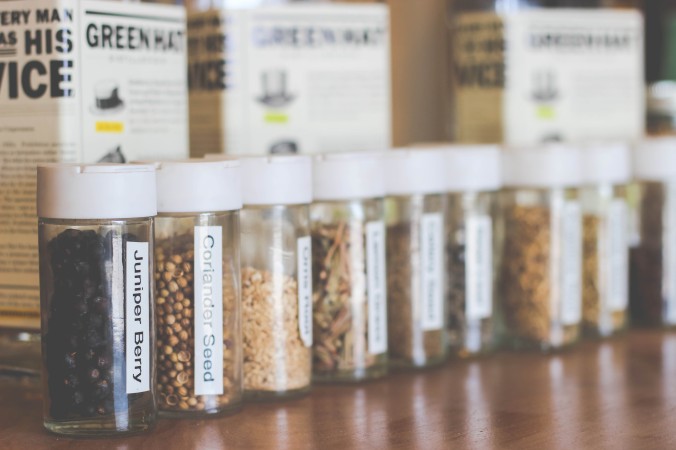